Research shows that, statistically, the more successful a scientist is, the more likely he or she is to be endowed with an art vocation. In this article, we explore the profiles of Nobel Prize winners and present both their art and science achievements.

Science and art are often placed at the opposite ends of the broad functional-expressive spectrum. Yet, many of the seemingly “left-brain” wired people show a surprising talent for sketching, painting and sculpture. When searching for a deeper meaning behind this fact, it becomes apparent that both processes, whether it’s scientific endeavour or artistic creation, call for a great amount of creativity, diligence, technique and patience. They are also based on experimentation, prototyping and the exploration of the outer limits of imagination.

Below, we present the 12 most famous individuals who defeated the common stereotype of the purely intellectual, methodical scientist. Apart from their crowning achievements in physics, biology, physics or medicine, they have devoted themselves to art, a pursuit which brought them no less recognition than their technical achievements.

What motivated those brilliant people to indulge in their artistic passions? It could be a search to convey an emotion, as Richard Feynman said: “A feeling of awe — of scientific awe — which I felt could be communicated through a drawing”. Or it was a tribute to the process of searching for unexpected outcomes: “One sometimes finds what one is not looking for”, following the words of A. Fleming. It was also at times a passionate desire to show the need for creativity and communication in the world of science, something Harold Kroto attempted in his work.

Whatever the drivers behind, exploring the artistic works of great scientists provides a fascinating testimonial on how the two worlds complement each other. Leonardo da Vinci, the greatest of all the artists-scientists, once wrote, “To develop a complete mind, study the science of art and the art of science. Learn how to see. Realize that everything connects to everything else.” 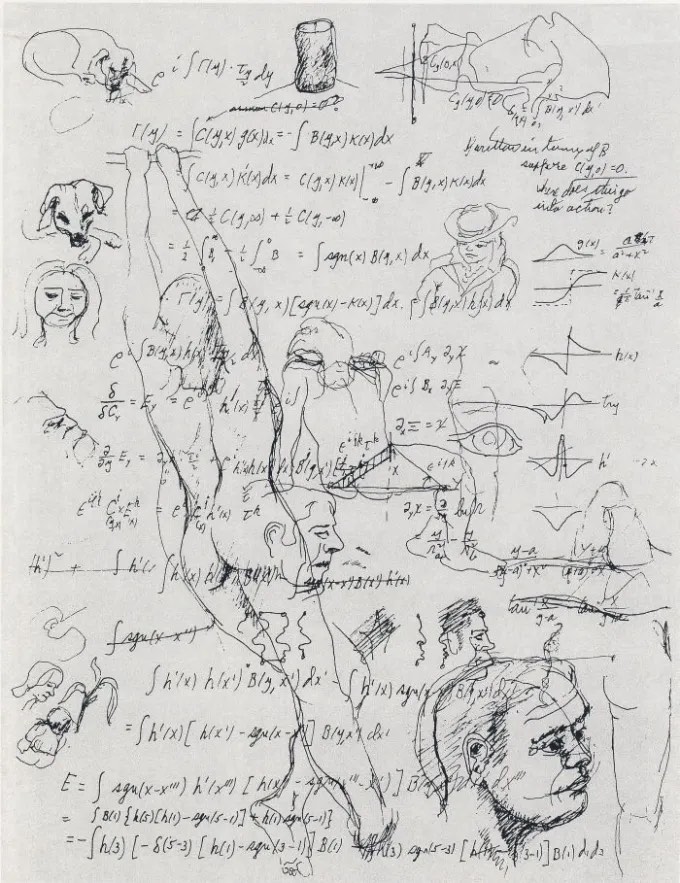 Frederick Banting (14/11/1891 – 21/02/1941). This Canadian medical scientist, physician and Nobel Prize laureate in medicine, is best remembered as the co-discoverer of insulin. Yet, early in life he developed a great interest in painting. This led him to become a member of artistic groups, mainly dedicated to representing the vast Canadian landscape. In his artistic endeavour, Banting focused on working with oils, pen and ink. He often spoke publicly about his desire to spend his retired life painting. When he passed away in 1941, Banting was one of Canada’s best known amateur painters. His works are greatly appreciated by many art curators.

Richard Feynman (11/05/1918 – 15/02/1988) was an American theoretical physicist, famous for his work in quantum mechanics and electrodynamics, particle and superfluidity physics, among others. This physics Nobel Prize laureate, one of the world’s best-known scientists, was also an exceptionally talented artist. In parallel to his scientific work, Feynman started drawing at the age of 44 and pursued this activity throughout his life. His drawings and sketches, which he eventually sold under a pseudonym, show the “scientific awe”, as the author called it himself.

Alexander Fleming (06/08/1881 – 11/03/1955), a Scottish physician and microbiologist, was most famous for discovering penicillin. Yet, this well-known scientist was also a great painting enthusiast. Fleming worked in watercolors. With time, he also let his scientific knowledge blend into his artistic endeavor – he made an exceptional series of painting which used live microbes as an ink and produced ever-evolving images as a result.

Henry Way Kendall (09/12/1926 – 15/02/1999) was an American particle physicist prized for his investigations of electrons, protons and neutrons, which eventually contributed to the development of the quark model. Kendall was not only a very accomplished physicist, but also a skilled photographer. Being a passionate traveler, he often took his camera wherever he went and created stunning images to document his expeditions. 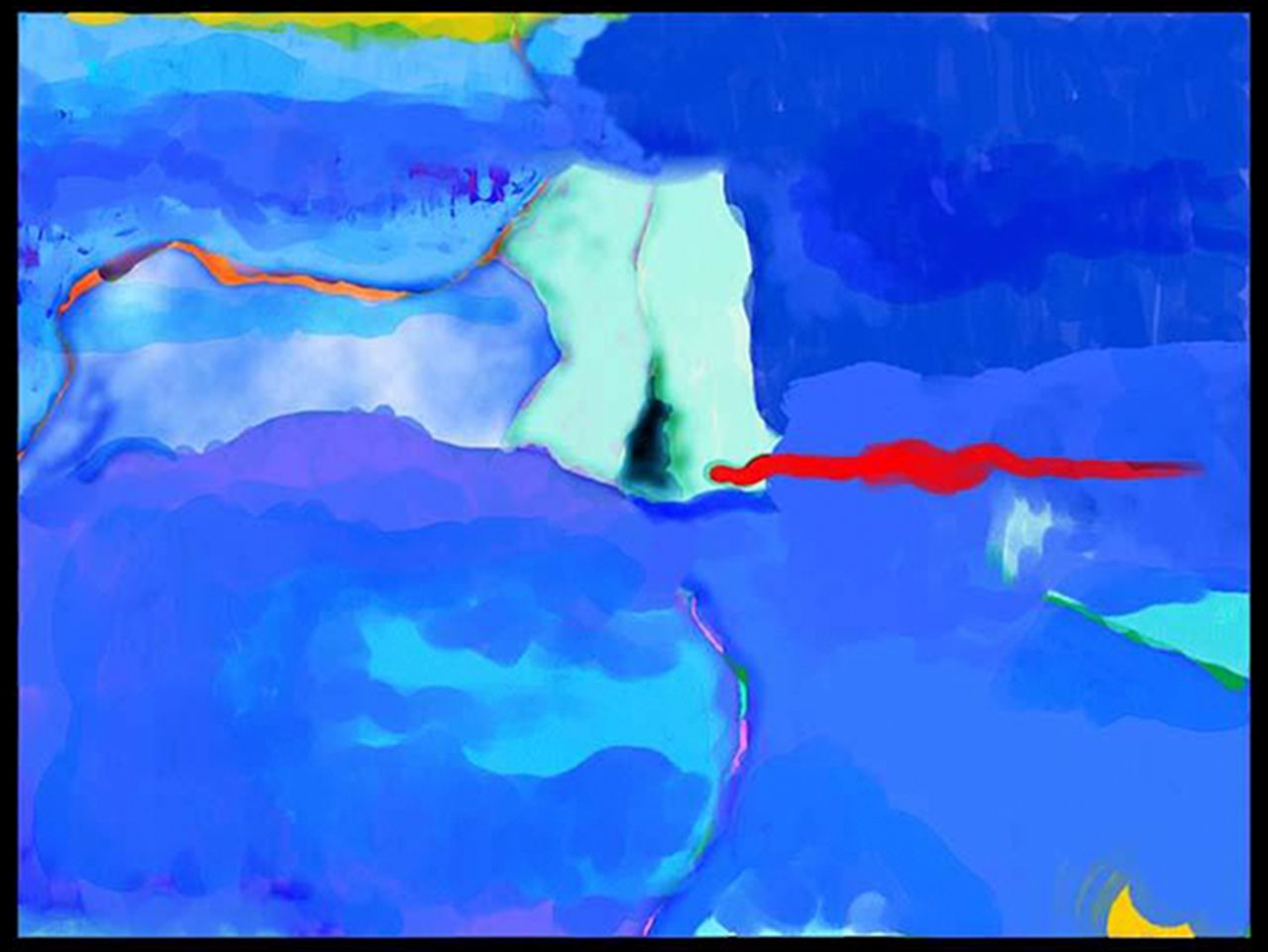 Roger Guillemin, Room With a View

Walter Gilbert (21/03/1932) is an American biochemist, physicist and a pioneer of molecular biology. This Nobel prize laureate is passionate about combining art and science. To show the complementarity of the two “worlds”, he explores the field of digital photography, focusing on embracing the shapes and colors of his images in extreme details.

Roger Guillemin (11/01/1924) is a Franco-American neuroscientist and professor, honoured for his work on neurohormones. Scientific researchis not his only passion: this Nobel Prize winner often crosses the borders of formal knowledge to pursue his explorations in the field of digital art. Guillemin’s vivid, hypnotizing images are showcased in galleries around the world.

Cyril Norman Hinshelwood (19/06/1897 – 09/10/1967) was a British physical chemist and expert in chemical kinetics. Having no formal artistic training, he used this field as one of the creative outlets. His work demonstrates a great natural gift for creating exquisite oil paintings.

Harold Kroto (07/10/1939 – 30/04/2016) was an English chemist famous for his work on the discovery of fullerenes. He was also a passionate communicator of science, educator and awarded graphic designer. Kroto’s work resulted in creating many posters, letterheads, logos, book and journal covers. He once said: “Art and science are intrinsically the same except for one thing. The universe is in control of your science, whether it’s right or wrong, and the public are in control of your art – if they’re going to buy it if you’re going to make a living that way.”

Andre Lwoff (08/05/1902 – 30/09/1994), a French microbiologist, was awarded prizes for the discovery of the genetic regulation of the synthesis of enzymes and viruses. Yet, apart from being a scientist, he was also a passionate painter. His friends said about him:: “Science, he practiced it as an artist.”

Albert Abraham Michelson (19/12/1852 – 09/05/1931) was a German-born Polish American physicist famous for his work on measuring the speed of light. Apart from being the first American citizen to receive the Nobel Prize in science, he was also a dedicated artist, expressing his passion through sketching and watercolor. While at university, he became a co-founder and vice-president of the Renaissance Society in 1916, dedicated to the “cultivation of the arts.” 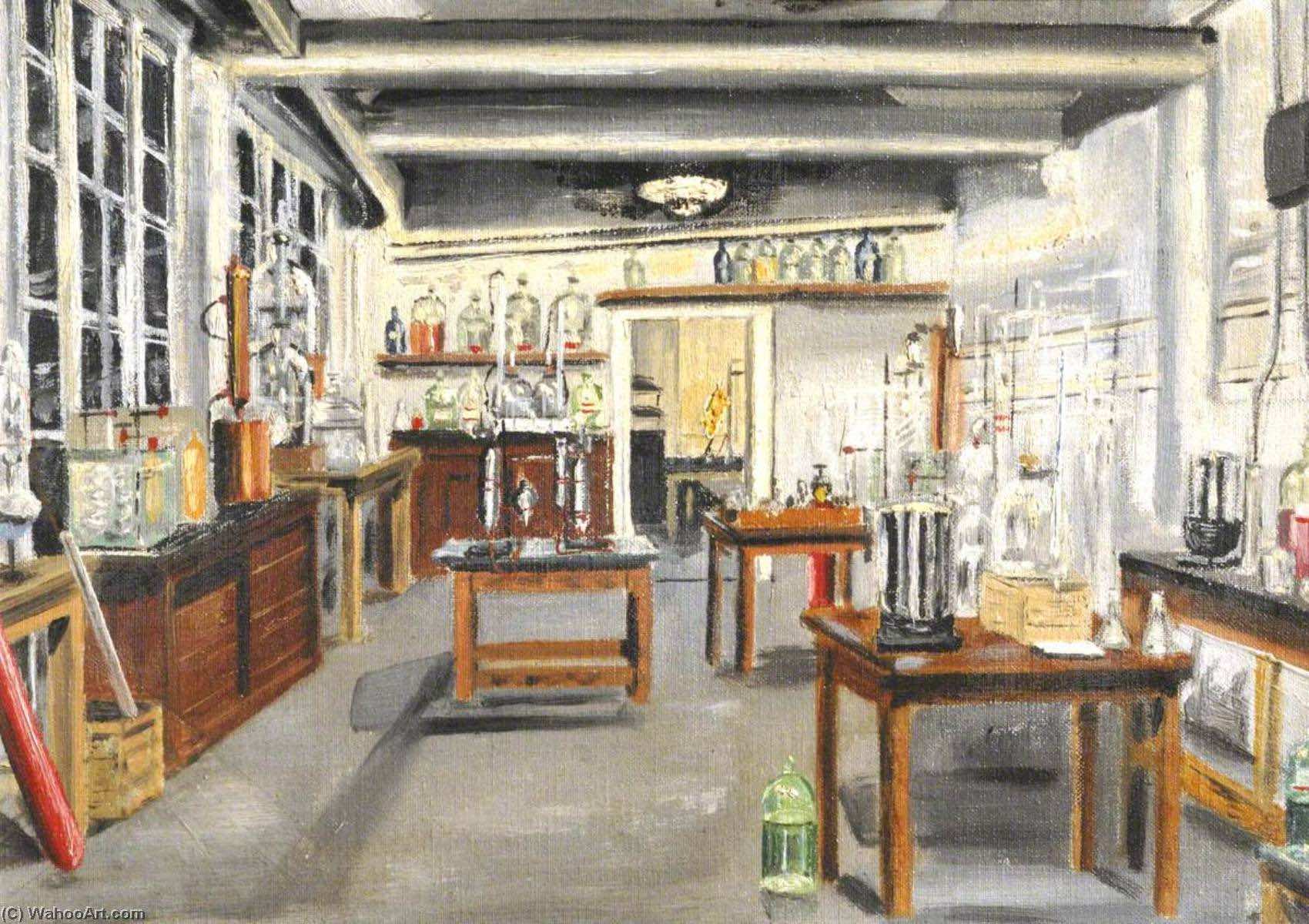 Today, more than ever, the world is facing challenges that call for creativity, lateral thinking, a deep sense of purpose and the capacity to combine multiple disciplines in the quest for innovative solutions. Aligning different fields becomes essential to develop the processes and ideas for our uncertain future. Many bright minds, including the Nobel laureates mentioned above, have discovered the complementarity between scientific and artistic work. We believe that their artistic exploration was not just an escape from their main activity, but that it also stimulated their minds to experiment and develop the ideas that might not have emerged within the scientific domain.