A word from the artist :

The work started to be conceived on December 5, 2022, and suitable ginkgo leaves were selected as materials in the botanical garden, and the creation began. Carve and cut the leaves with tools such as a carving knife, retain the middle and lower parts of the leaves, and engrave the upper part as a scene of factory exhaust smoke and gas, and use marker pens for details. The whole work is based on white paper, and the blue sky and white clouds are drawn with colored pencils and highlight pens. The leaves are placed on the bottom. The shadow of the leaves represents the black smoke emitted by the factory. The work is named after “leaf”, which is a homonym for “industry”, implying that we must not forget to protect the “leaves” when developing “industry”. After three revisions, it was created on December 10, 2022.” 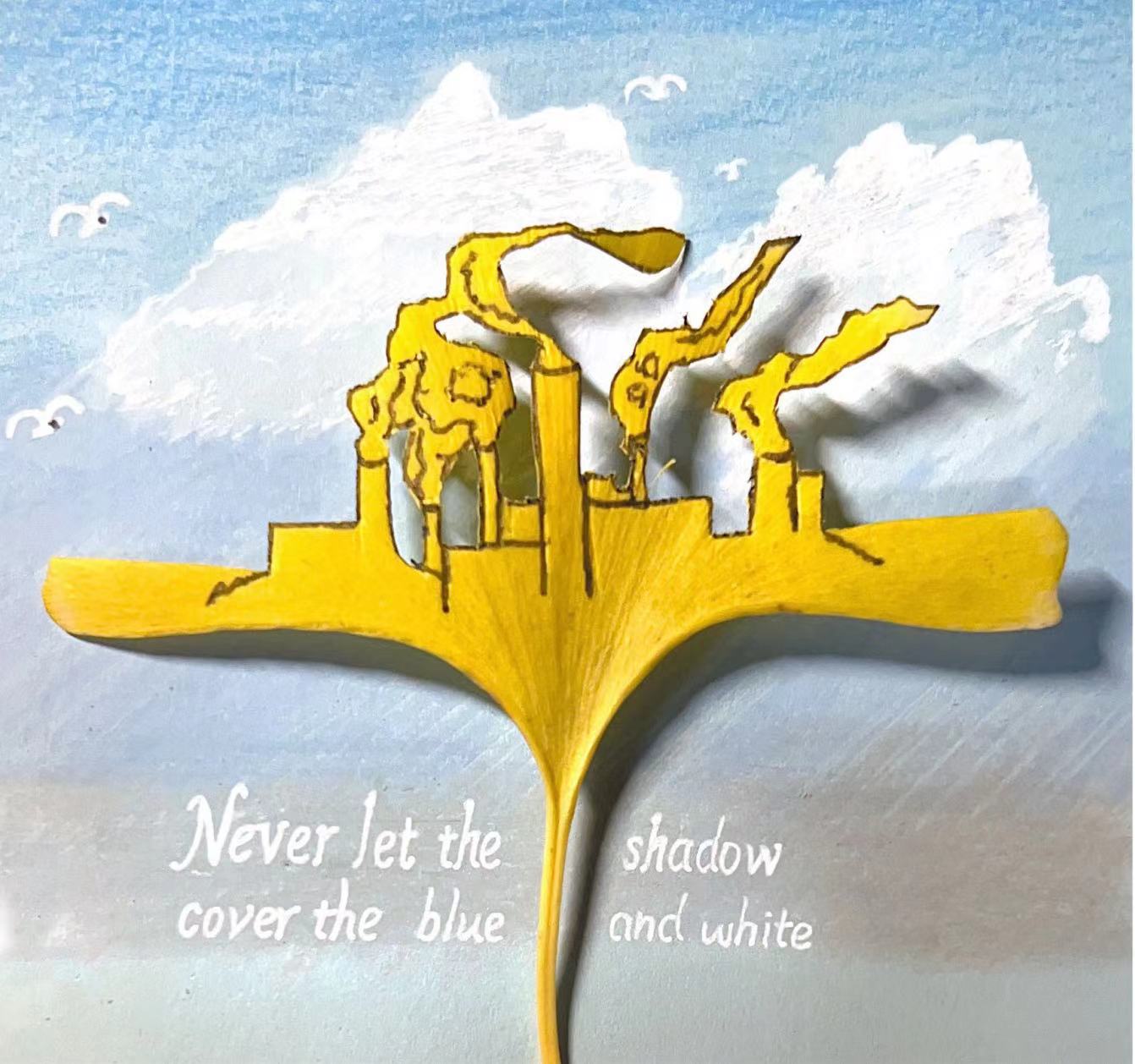 Art can be defined in a thousand different manners. In today’s world, it is increasingly regarded as a way to learn and share about sustainability and green technologies; as a lever to raise awareness on climate change and throw light on workarounds for global warming; as a means to better understand the problematics of our times and the prospects for our future.

Back to the gallery
About the programme